Its actually writing a SONG! A song that has a hot melodic structure, strong content, movement, consistency in verse quality, smooth transitions, marketability, a strong catchy hook, a unique concept that reaches the market in which you are trying to reach, vocal production, vocal arrangements, conviction and feeling, and last but not least, growth.

After you finish with the song, it should have the ability to stand the test of time.

This is what songwriting is. Songwriting is what makes the song complete. As a creator in lyrics, you have to take in account all these areas that I have listed above. One feature of it is just as important as the next feature. They are all needed in order to come to the product finale of a stellar hit marketable song that can be placed in a variety of multi-media.

Songwriting is not easy for those who think it is. When you take into account the characteristics, its very tedious. It is imperative to be a student and stay on top of hot topics, melodic structures, dynamics and animation within a song. Music is constantly changing, you must know how to change with it.

Writing songs is in my DNA. I understand what it takes to put together a great song, a hit song. I have a formula, but my formula may not be the same as yours. It is something that one must find as you focus in on your craft.

Its so important for people to understand what songwriting really is. I’m writing this to open up the minds of writers that its way bigger than what you may see on the surface. You are putting together a film, a scene and in that film and scene, you have to see the whole picture not just one aspect of it.

Paint the masterpiece of your song. Fill in the darker darks and the lighter lights. Let the audience know where the light source is coming from and where the shadows will hit. Choose your medium well, your target market. accomplish the goals of every stroke to gear towards that market while maintaining the identity and personality of the subject matter. The concept and you as its host, must be one. I know you can hear it. break down and build to inherit its proximity (the art term). It is a beautiful thing! 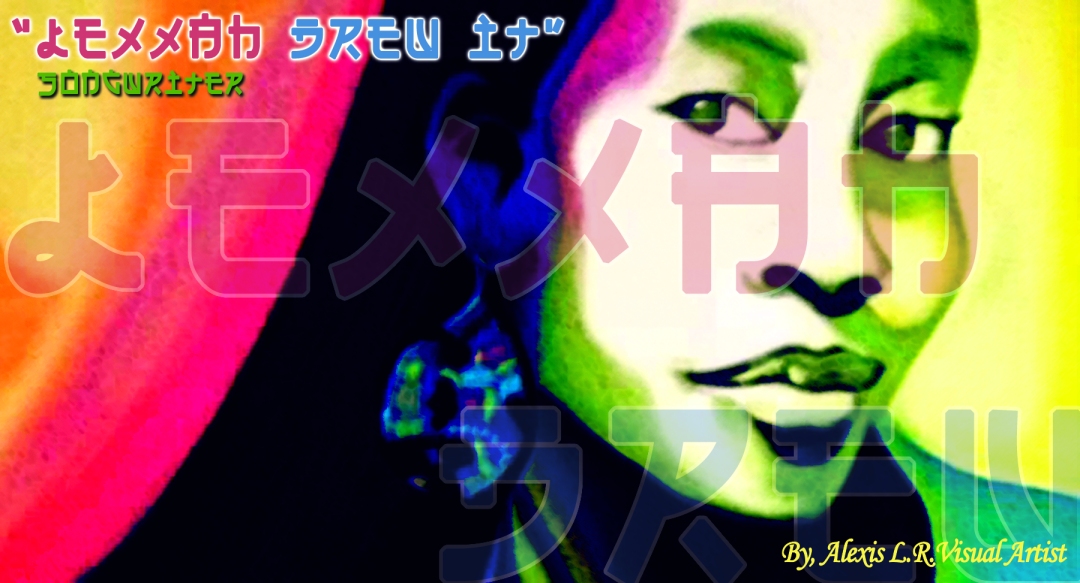 Advertising and promoting my artwork on a whole new level. Elevating the game, “LeXXah Drew It” banner by Alexis L.R. Visual Artist. http://www.facebook.com/LeXXahDrew

Some people may find this truth to be disturbing, because for so long, beat makers are seriously convinced that because they make a beat, they are producers.

For those who don’t know, This is not true!

If you make a beat, meaning, you loop the same patterns for about 3 to 4 minutes in both verses and hooks, you are a beat maker and that’s it. Nothing more, nothing less.

I don’t say this to be mean or to downplay what a beat maker does, but I recommend that you research the title, “PRODUCER” for yourself and you can ask any big time successful producer in the industry. And I’m talking about thorough research, not just Wikipedia or the dictionary.

This is a serious misunderstanding among the masses and those who are trying to make it with their music.

It doesn’t just stop there. We haven’t even included the live instrumentation. The song is still missing some key pieces, so the producer calls in a cold bass player to put down the bass, he calls in the right guitar player to lay down the guitar riffs. He calls up a drummer to give the drums in the song the movement it was missing. The right background vocalists need to mesh better behind the artist or rapper on the track. So, the producer gets the right background vocalists.

Yea, that’s extensive isn’t it, when you compare a Producer to a Beat maker or even a programmer. There’s a huge difference. And I’m not just making this stuff up. Its the real deal.

I know somebody may be mad right now, but their are a lot of beat makers reading this and getting a rude awakening. But, it needs to be said and needs to be clarified. I have been around many beat makers who don’t really know what it means to be a producer. Well, I wanted to learn about it and share this knowledge with those who may not know. And this is good for artists and rappers to know as well. Educating yourself when it comes to music is very important. Knowing the real terminology and the business is quite significant to your success.

Earlier this year, I went to the IMC, the International Music Conference, brushing shoulders with Big time cats and listening to what they were saying on the panels with upcoming producers/beatmakers and programmers. Chuck Harmony, Kendrick Dean and Drumma Boy broke it down best. Guys who have proven themselves at a high level in the music industry.

I wish so many cats claiming the producer title could of been at the IMC to hear this. It was valuable information for all to hear. So, if you didn’t know, now you know. No more playing like you don’t. It had to be said, it had to be done.

I hate to say this, because I don’t really believe in luck.

Luck has never really been on my side.

But unfortunately, fortunately, u gotta get lucky when it comes to this music scene, meaning making it into the music industry. Its a combination of being in the right place at the right time saying and displaying the right things and hitting it on the knob.

Its hard to guess what A&R’s and managers and reputable producers and anyone else along those lines are thinking. Its almost like a mind game or something.

Then, you have to be yourself throughout it all. Not being yourself is all bad. I guess it has to be a natural gift or something. Its just crazy how it all works.

Its one of those things where, you have to depend on a coin being thrown up in the air and you’re praying that it lands on heads rather then tails. Lol.

And all the while, you have to continue to develop and master your craft to adjust to the trends, to always stay fresh on your sound, create a new sound and market what you do. Man, its a grind. A serious grind and the crazy thing is, is once you get in, it doesn’t mean anything. Its almost like you have to start all over and you have to be way better then what you were before.

“You’re Only As Good As Your Last Hit!”

4 real. It is true. This thing is about making money and nothin’ but. You are only considered, “Fam-” if you are making somebody else’s pockets fat. That’s what, “Fam-” is. Its all about that bread.

But, you definitely gotta get lucky. There is so much money out here to be made, but it is only available to a certain group of people. Until that door is unlocked, little, if not nothing is going to happen.

But I will say this, God is able. God is greater than luck. His Blessing are greater then luck and that’s what I focus on the most. What God has for you it is for you, no if ands or butts about it. I think that is my best advice for anyone. God will work on your behalf. Sometimes, if not all times, it is not up to us, to say what we want to do or desire to do.

But continue to do your thing. Believe in yourself and put actions behind it. Its too easy just to give up. Too easy. Fight for what you believe in.